Tbilisi State University, named after Ivane Javakhishvili, one of its founders, celebrated its 100th anniversary. 7-9 February 2018.

The establishment of a Georgian national university in 1918 during the short period of independence after the Russian revolution and before the Bolshevik takeover was of huge importance for the development of science and culture in Georgia. It was a great experience to be part of the celebrations!

Apart from anniversary celebrations and speeches at Tbilisi State University, several official receptions were organized, among them, by the Georgian president (below, left) and by the Parliament (below, right). I enjoyed a meeting with Roman Gotsiridze and Zaal Kokaia at the reception in the old Parliament building on Rustaveli. 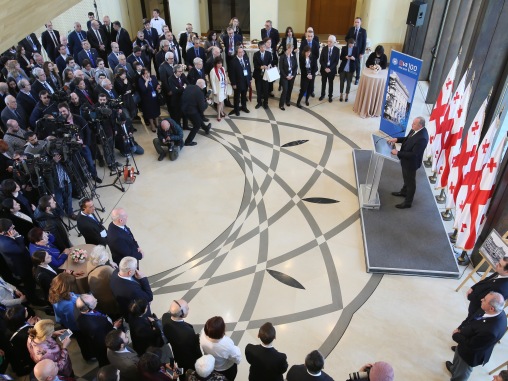